Many times decision makers are faced with making choices during security planning between investment in security officers or Closed Circuit Television (CCTV) systems.

It is easy to understand that with today‚Äôs¬Ýcompetitive environment, organizations¬Ýseek to save money any way possible. ¬ÝEmerging developments in camera technology, combined with inexpensive high speed internet connections, makes CCTV coverage¬Ýbetter¬Ýand less expensive¬Ýtechnology than ever before. ¬ÝWhile wages and bill rates for guard services have¬Ýremained¬Ýfairly¬Ýconsistent over the past few years, a camera is¬Ýstill cost competitive¬Ýespecially when compared to high quality security staffing. ¬ÝWith the new¬Ýartificial¬Ýintelligence, the surveillance camera¬Ýsystem software can even effectively interpret motion, sound alarms, alert remote monitoring stations, play messages over a loud speaker, turn on lights, etc. This makes them a real alternative in many ways. So¬Ýthose are¬Ýthe pluses, what about the down side? ¬ÝWhile¬Ýit may be true that CCTV has come a long way, it still has its limitations. Can it hear glass breaking, can it smell smoke from a fire, can it get that ‚Äúfeeling‚Äù a good guard gets when¬Ýsomeone¬Ýor something ‚Äújust¬Ýisn‚Äôt right‚Äù, can it tell a slow driver from one who‚Äôs ‚Äúcasing the joint‚Äù? ¬ÝNo of course not. ¬ÝCan it help a customer, answer a phone, wave (or not wave as the case ¬Ýmay be) to the passing police¬Ývehicle¬Ýto signal¬Ýeverything is¬ÝOK, or not OK‚Ä¶ as the case may be? No certainly not. Cameras do deter some small percentage of criminal activity, but many crimes are committed on camera.¬Ý Cameras can not escort unauthorized parties from the premises, or take notes from a witness. Perhaps most importantly in higher risk areas, a camera can not stop a violent criminal act before people are harmed. A highly trained professional security officer can intervene to stop criminal activity, and in the case of Paladin Security‚Äôs past performance this has benefited our clients on many occasions.

CCTV is a very valuable tool in many security applications. However, it can not be considered as a replacement for capable ‚Äúlive‚Äù security staff on site protecting locations, assets, people, and the interests of the client. Cameras are good for documenting event that may assist in the prosecution of criminals but they cannot provide protective services.

END_OF_DOCUMENT_TOKEN_TO_BE_REPLACED 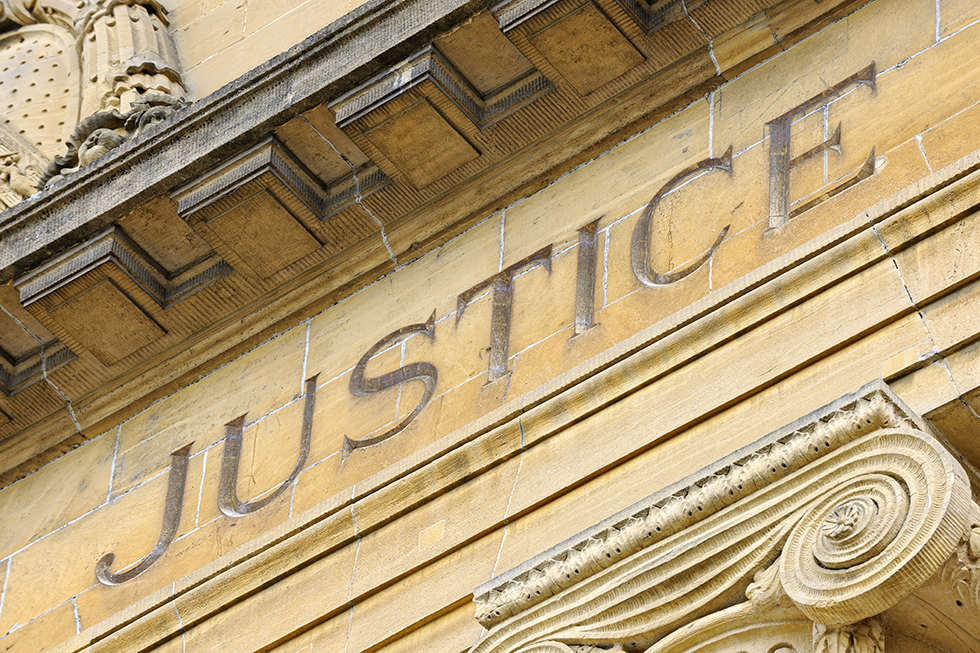 In many cases, it is in the best interest of the owners of multifamily real estate assets to take measures to control access to the property and to curtail unauthorized persons from entering or remaining on the premises, including the common areas. There are multiple ways in which owners benefit from making these efforts, but one important reason is illustrated by the decision handed down on January 7, 2015 by the DISTRICT COURT OF APPEAL OF THE STATE OF FLORIDA FOURTH DISTRICT in the case of¬Ý DENISE NICHOLSON v. STONYBROOK APARTMENTS, LLC.

In this Palm Beach County case, the plaintiff was shot by an unknown third party while attending a party in the apartment complex‚Äôs common area. In the ruling, the court makes clear that ‚Äú‚Ä¶negligent security cases fall under the auspices of premises liability as opposed to ordinary negligence.‚Äù ¬ÝAdditionally, the opinion of the court points out that ¬Ýa negligent security case is dependent on the injured party‚Äôs relationship to the land. In this case, the landowner‚Äôs duties were very limited because the person who was shot was known to be trespassing on the property.¬Ý The fact that the injured party was a documented trespasser limited the liability of the landowner for the harm that was suffered by the plaintiff while on the property in an unauthorized status. In the end, the court ruled against the plaintiff and the landowner was absolved of fault for the injuries sustained by the person who was shot on the property.

One of the benefits landowners achieve when they utilize high quality security officers at apartment complexes and condominium complexes is the increase of access control and the ability to detect, deter, interdict and document cases of criminal trespass on the premises. As the Nicholson v. Stonybrook case points out, If a person is injured on the property by a third party criminal after they have been determined to be trespassing, the liability of the landowner is limited. If you have questions on how your organization can better control its risks Paladin Security experts are able to assist with current and relevant expertise in the deployment of security officers.

END_OF_DOCUMENT_TOKEN_TO_BE_REPLACED 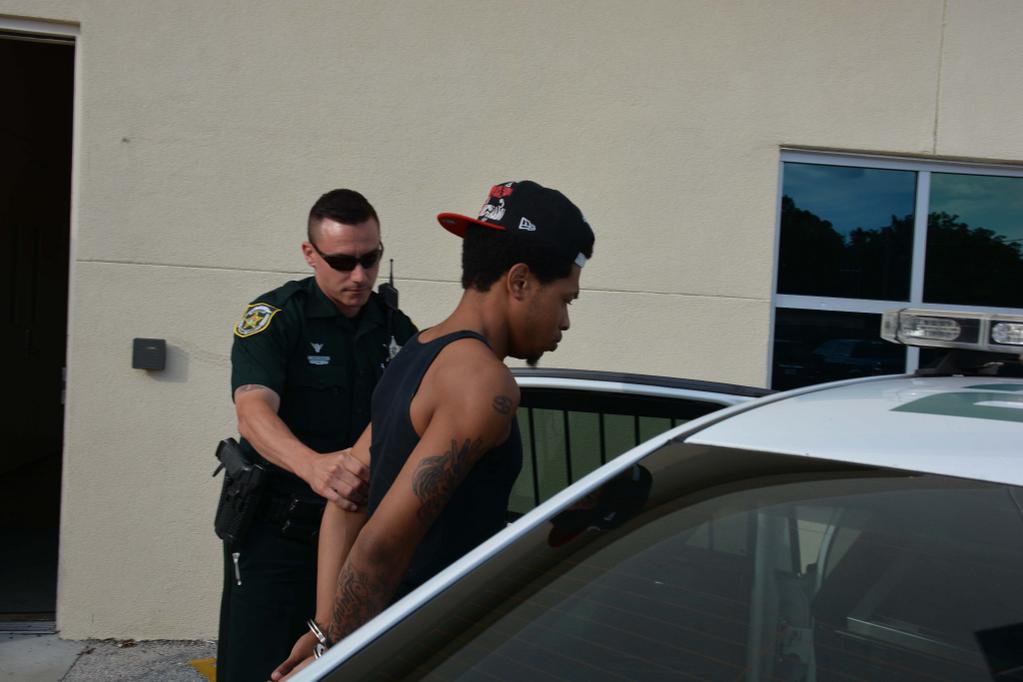 “The victim was robbed in the complex parking garage after being confronted by two males with a handgun, said Capt. Angelo Nieves, Orange County Sheriff’s Office media relations spokesman, in a news release.‚Äù

UCF area apartment communities continue to be the scene of violent criminal behavior. Local media reports indicate that a man was viciously attacked and robbed on Saturday, May 16, at the Marquee Apartments. The assailants reportedly struck the victim in the head with a pistol injuring him. Fortunately, the victim‚Äôs injuries were not life threatening, and he was released from the hospital.

This same location has been the scene of other incidents of violent criminal activity over the past year. In November 2014, 22 year old Darious Petress, a boyfriend of a tenant, (see photo) was arrested for armed robbery and aggravated battery in connection to his robbing people at gunpoint on the premises of Marquee apartments. At that time, after three armed robberies in just a few months at the complex, social media exploded with complaints from residents and parents of students about the management company not taking strong enough measures to reduce the risks.

One measure that was taken was to change management and the name of the complex from Sterling Central to the Marquee as the reputation began to suffer from the repeated incidents. Still, customers were not happy.

“I wouldn’t renew my lease. I’d rather be in a safer environment so I don’t have to worry,”

At that time, Sheriff‚Äôs Office Officials were quoted by local media:

Well, now after the May 16 incident, there have been four violent robberies in less than one year on this apartment complex that serves UCF students. There is clearly a serious problem – bad guys are targeting the young people who are living in the area apartment communities near the UCF campus. This robbery is just the latest in a string of violent incidents in the area in the past year. In addition to the armed robberies, local media has reported that official records indicated 7 cars have been stolen, 27 apartment burglaries, and 30 car burglaries at this complex.

We recommend that this apartment complex and others in the area that have been subjected to increased risk from crime seek the services of professional private security providers. Private security companies can coordinate with the owners and management officials that are responsible for the safety of the residents and guests at the complex to develop a plan for increasing safety and security on the property. Paladin Security offers teams of armed uniformed security officers who can patrol the property to detect, deter, and defeat the criminals and lower the risks from crime.

END_OF_DOCUMENT_TOKEN_TO_BE_REPLACED

In an apartment complex, crime touches residents, staff and the surrounding community. Anytime you suspect that a tenant is breaking the law ‚Äî using your property for an unintended purpose ‚Äî owners and their management agents should take steps to end the tenancy. If they don’t, they are putting the property owner and/or management organization at risk for lawsuits should anyone be injured. So get help. Call the police. Report any crime that you are aware of. Hire a qualified security provider who is experienced with residential security and will work with the management team. ¬ÝLeverage the security service to write¬Ýdaily reports to create a paper trail that demonstrates only breaches of the lease, community rules, and violations of the law before terminating the lease. Documentation¬Ýwill help you make your case. Using a security service on the premises will send a strong message to the criminal element that the owner and management are not going to tolerate continued criminal activity.

A landlord’s liability for criminal activities varies depending on the state. In Florida, the law demands that landlords evict lawbreaking tenants or they are subject to possible civil liability, fines and other sanctions. In an apartment complex, crime affects the lives of tenants, owner liability, and the surrounding community.

END_OF_DOCUMENT_TOKEN_TO_BE_REPLACED 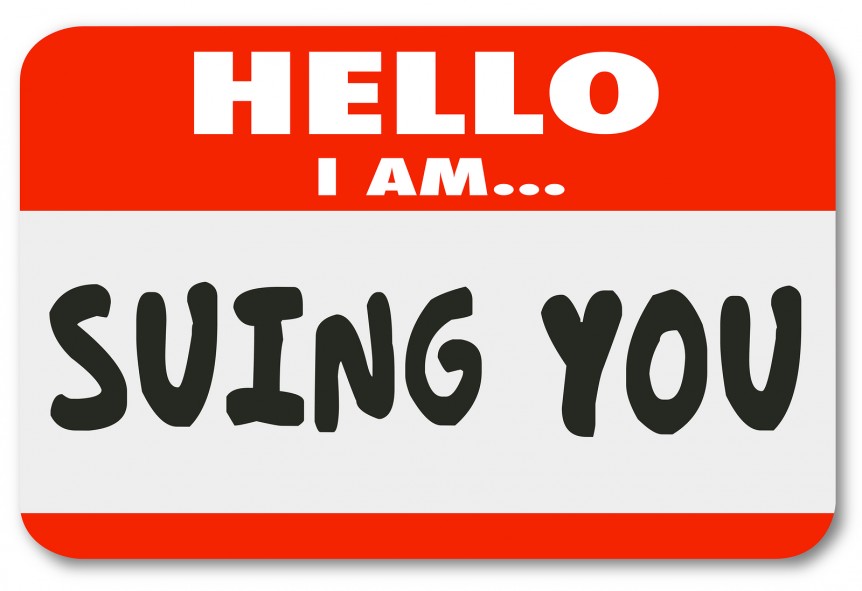 Often times the subject of premises liability comes up in discussions about physical security in commercial settings. Owners and operators of commercial properties have differing levels of awareness of this topic. It is a fact that premises liability claims are on the rise across the nation. Paladin Security staff members are focused on delivering value to our clients by reducing risk. There is no way to remove 100% of risk, but putting a quality security program in place provides strong risk mitigation in most cases. Sometimes, when the risk of crime is statistically high in the vicinity of a commercial property, making the investment in Top Tier Uniformed Security is the best way to control these risks.

We are providing a link to a very good basic introduction to the topic of premises liability for reference purposes.

END_OF_DOCUMENT_TOKEN_TO_BE_REPLACED

Local media reports of a 2nd shooting near off campus housing for the University of Central Florida area have increased concerns among parents and university leaders . Observers point to gang related incidents as an ongoing concern. Here are some quotes from the coverage by local media outlets.

‚ÄúIt was the second shooting in less than a month linked to possible gang activity in the area near off-campus housing, including a row of University of Central Florida off-campus fraternity houses.”

‚ÄúSomeone yelled “Brim Blood,” a reference to the 59 Brim gang, right before gunfire erupted March 19‚Ä¶‚Äù
Residential communities in this area may consider increasing their security posture in light of the recent increase in violent gang related crimes. Paladin Security is able to provide our customers highly trained armed security staff to patrol communities to detect, deter, and defeat these threats. Armed security is used by many apartment complexes to reduce the risks of violent crime and send a message to criminals that the community will not tolerate the sort of activity that is being reported in the area of off campus housing where students and staff of the University of Central Florida live. Paladin Security specializes in providing high quality armed security services for residential communities. Paladin Security is different from the typical security guard company. Paladin Security is focused on providing armed security and our organization has a proven past performance record of decreasing criminal activity in the communities we patrol. Our demonstrated and proven ability to generate quality outcomes in very dangerous and risk filled environments gives our customers the confidence to trust our armed security officers with the task of reducing risks in their locations.

END_OF_DOCUMENT_TOKEN_TO_BE_REPLACED 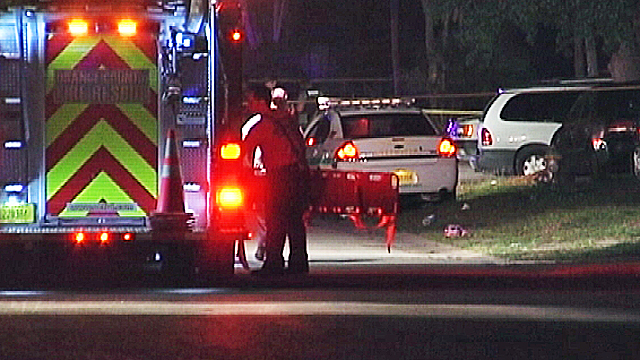 “They heard some gunshots. Their couch is placed right beside a window¬Ý[and] those rounds came through the window, striking them,” said Lt. Paul Hopkins of the¬ÝOrange County¬ÝSheriff’s Office.

END_OF_DOCUMENT_TOKEN_TO_BE_REPLACED

Welcome to Our New Web Site!

Welcome to the new and improved Paladin Security. Feel free to explore our new web site and look into our services we offer.

In this section, we will be regularly posting updates in the¬Ýsecurity world. Check back soon!